Marni Senofonte, who oversaw the creation of outfits for Beyoncé’s “Lemonade” visual album, showcased a range of looks from known labels, like the Yeezy two-piece that she paired with a Hood by Air fur in “Don’t Hurt Yourself,” to lesser-known ones, like that of the Kuwait designer Yousef al-Jasmi, who made the crystal bodysuit in “Sorry.”

She has worked with Beyoncé since 2007, first helping out on smaller projects like American Express commercials and looks for the “On the Run” tour. In the last couple years, she has styled the videos “Formation,” “Feeling Myself” and “7/11,” in which she outfitted Nicki Minaj and Beyoncé in bodysuits and matching pink fur coats. The interview has been edited and condensed. 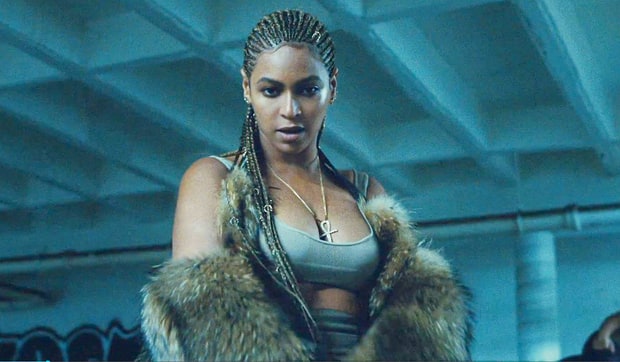 Q: This album is full of fashion labels. Walk me through the process of choosing the looks.

A: It was a huge mix of high fashion and low fashion. I’ve done that a lot with Beyoncé. Like in the “7/11” video, I mixed Forever 21 leggings with a Givenchy sweatshirt. There was a heavy presence of Gucci in the visual album as well, because the Gucci tapestries all kind of lent themselves to this Victorian, antebellum, reformation vibe we were in.

Q: New Orleans played such an integral role in the album. How did it influence the fashion?

A: If you look at the visual album, you will see an African influence that touches on her heritage, where she comes from. There is that vibe, and then we were talking about New Orleans and the plantations in Louisiana and whatnot. Beyoncé told me that in New Orleans — I don’t know what the year was — black women were not allowed to show their hair. So that’s where those head wraps came from. So you make these beautiful creations as kind of like, “O.K., you don’t want us to show our hair, watch what we are going to do.”

Q: Where did the Victorian influence come from?

A: We were thinking about being on those plantations at the time of her ancestors and what they would have worn. At the time, there was slavery, so it wasn’t about that. It was about looking at these beautiful women that came from Africa and accentuating this beautiful culture and beautiful people. That’s why I didn’t want to do costume-shop stuff, because that doesn’t look rich and regal. I was focused on making sure that everybody looked, well, rich. 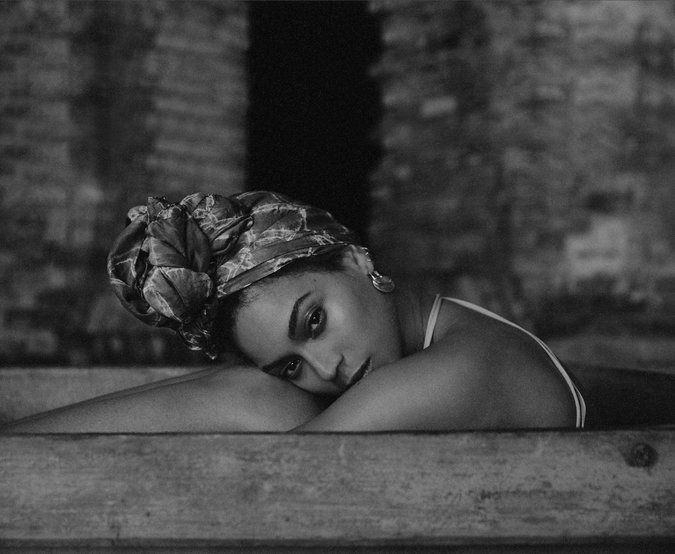 Q: How do you work with Beyoncé?

A: She’s pretty trusting. We always start with inspiration boards, and she comes with so much inspiration. I don’t know where she finds the time. She’s definitely heavily involved in all of her visuals.

Q: What did Beyoncé’s inspiration boards look like for this album?

Q: Do you think this album will influence fashion?

A: It was funny, because when we were down in New Orleans in November and even December and January, we were, like, this Victorian vibe just feels right. And then in February, when we were starting to see the collections, the Balmain … everything just started to look like what we were doing. Unbeknown to us, it is already there. So we were kind of on point.

Q: That look she wore in the garage — the Yeezy outfit and Hood by Air fur — was so great. Tell me about that look.

A: It was such a boss look. It was so sexy as it is, and the underboob was kind of awesome. It was freezing in New Orleans — record low temperatures — so when she put that fur harness on, she became that. It was just this look, like she was running it. Very empowering. And that’s a part of Beyoncé’s personality. Don’t let the country accent and the sweet smile fool you. She is all about her business.

GET THE PARTY STARTED

Check out this Cover editorial feature,  spotlighting the fabulous Kendall Hall, Creative Directed and Styled by Le’TiciaF.  This editorial was photographed by up & coming Photographer Brittani

With the first installation of The Model Diversity Project

Beyoncé in Her Own Words

Beyoncé: Her Life, Her Body, Her Heritage Pregnancy &

Did you watch the Victoria Secret fashion show? A

Have you seen the new

With the first installation of